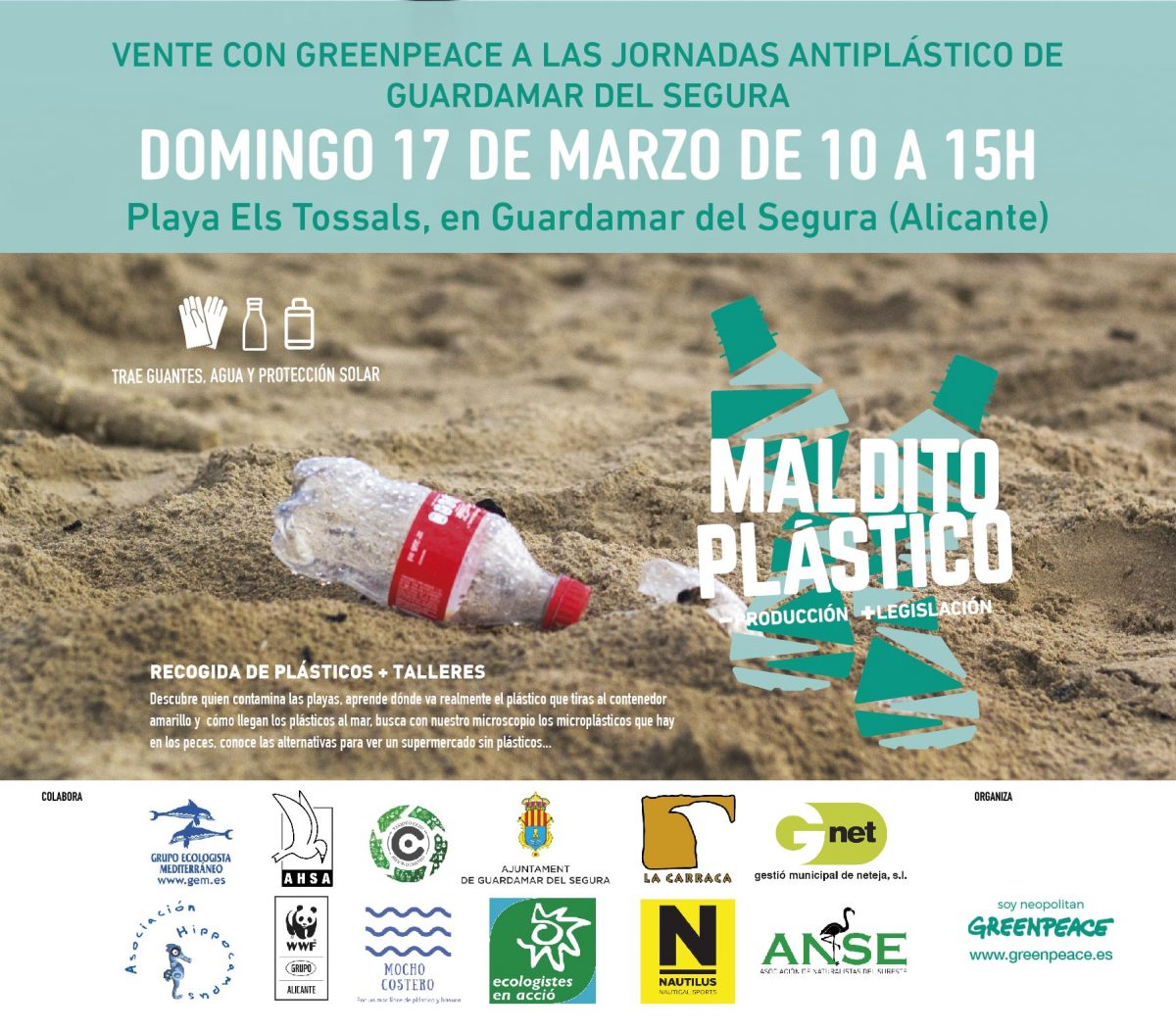 To all of us who live in Guardamar del Segura and in general on the Mediterranean coast, I am certain we love the beach. We adore the warmth that the sun gives us, its brightness, the way in which it illuminates our days and fills us with energy.

Now March arrived and we see Costa blanca beaches with more people every day. But as you may have noticed, the beaches aren't free of small and large plastics, mixed with sand and floating in the sea they've become part of our ecosystem: the lollipop or ear sticks,, tampax plastics covers, bags and food wrappers ...

How do plastics get to the beaches of Guardamar del Segura?

Like in any other beach, the reason why these plastics lay there is not because we leave them when we go to the beach (well, some maybe). But mainly It is because the sewers that flow into the sea, are full of plastic. And once in the sea, the tides attract and deposit them on the coast.

This reality is the same for the entire Mediterranean coast, the Cantabrian coast, the Atlantic coast and many other parts of the world. And although it is always nice to see citizens collecting waste on the beach, despite their hard work, this does not change reality much. Because every day thousands of single-use plastics end up in the sea and arrive to the seashore.

What can we do to prevent plastics from filling up the coast line?

Asking the guilty parties to take responsibility. We must ask the large companies that produce single use plastic waste to reduce, eliminate or replace these type of containers with others that are returnable or reusable.

Guardamar del Segura is proud to have Greenpeace has a instigator of the spanish tour this March: The Cursed Plastic Tour. It consists of a series of anti-plastic days in which they invite the public to participate in a waste collection on beaches, rivers or reservoirs in order to audit the brands we have found to denounce them and demand their responsibilities and changes.

From Naranja Spain real estate, we encourage you to join us this Sunday in Tossals beach in Guardamar del Segura. Everyone in Naranja Spain will be collecting plastics and learning about this reality. We want to have beaches, seas and oceans without plastic. Join up!